The Open Day on Saturday 1st. July. was successful. There were 36 visitors including members who had not seen the site before and two visitors from Cambodia who wanted to learn from our experience. BBC South came and filmed during the morning. It was shown on the BBC South news programmes on Monday 3rd. July and many people saw us.

The solar train worked all day. The sun shone. At times the site generated at full capacity.

For the first time someone saw a snake on site. Probably a grass snake!

Here’s a selection of pictures taken on the day 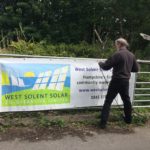 Member Nigel Sheppard putting the banner up on the gate to Iley Lane. 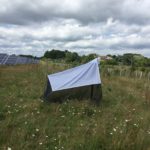 New trap for detecting insects on the site 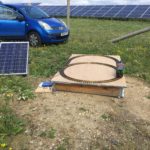 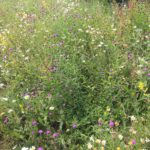 Wildflowers on the solar field with bees and butterflies 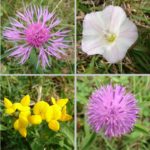 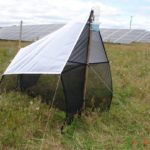 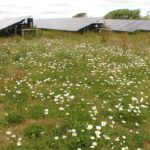 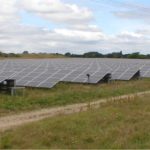 Quick Form
Manage Cookie Consent
To provide the best experiences, we use technologies like cookies to store and/or access device information. Consenting to these technologies will allow us to process data such as browsing behavior or unique IDs on this site. Not consenting or withdrawing consent, may adversely affect certain features and functions.
Manage options Manage services Manage vendors Read more about these purposes
View preferences
{title} {title} {title}